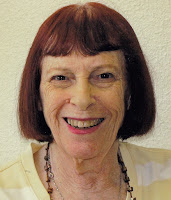 Alene Judith “Judy” Title Hyzen, 85, died peacefully in her sleep on Thursday, June 13, 2019, a week after undergoing a necessary surgery.

Judy was born in Los Angeles on October 16, 1933 to Julius and Bertha Title.  In 1936  the family relocated to Ontario, California, where Judy attended Lincoln,  Vina Danks and two years of Chaffey High.  Her last two years of high school were at Fairfax High in Los Angeles, where she lived with her Aunt Betty.  She then attended and graduated from Woodbury Business College.  Sometime after graduation Judy met and married Bob Hyzen; their family was complete with the arrival of son Jay in 1954 and daughter Robyn in 1956.

The Hyzens made the San Fernando Valley area their home. Judy spent many years working in financial positions in various companies before she retired, but she also made sure she had time available for her kids and their chums, who all called her “mom.”

Predeceased by her husband Bob and son Jay, Judy moved to Montclair in 2008 and later to Collinsville, Oklahoma, where her daughter, Robyn Hyzen Brown was living.   It was there that she passed away.

Judy suffered her whole adult life from ulcerative colitis.  Surgery did nothing but add to her woes.  Hence, wherever she lived, she found and became active in a support group for those with intestinal problems. These groups became her lifeline.

She had a heart of gold.  Judy was a kind keeper of kittens and cats, and although not having grandchildren of her own, she became a thoughtful and loving aunt to all the little Title offspring in her brother Jerry’s family.

No services are planned; she asked that her body be donated to science.  We are missing her already. 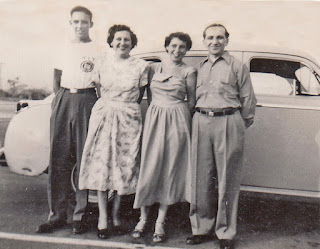 Posted by Bobby Dobbins Title at 7:44 AM No comments: 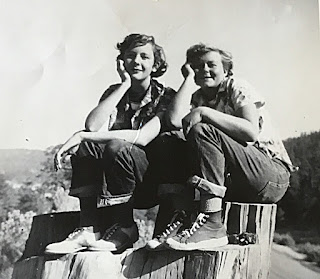 There is no one in my scrapbook who appears more times than Dokey.  I met her on the first day of school in September of 1945 - it was the year we both turned 10.  I was the "new kid on the block," my folks having moved across town, necessitating me leaving Willard Elementary School on that side of town and going to Whittier Elementary School instead.  I knew no one, so my job was to make friends with everyone.  I was really rather shy, but a new Girl Scout troop was being formed at the same time and my mother knew it would be a good way to make friends, so she saw to it that I became a member of Troop #28.  I became friends with all those girls, but it was a quiet tomboy named Dokey who became my first friend.

We were nothing alike.  She was athletic, I was a real dud on any physical activities.  I was a fast reader and she didn't like reading anything.  She was overall a quiet kid who liked everyone.  And everyone liked her.  She was fun, and funny.  Probably one of the things that made us friends outside of the school yard was that both her parents worked, so she was free to come over to my house after school and she often stayed for dinner.  Our social life was primarily through the Scout Troop.

In Junior High she and a bunch of the Scouts took up a musical instrument through the school music program.  I didn't, and that did separate us a bit, but she often brought her saxophone over to my house and I would "try" to accompany her on the piano.  She saw me through lessons on the piano, and later on the guitar, neither of which I cottoned to.  But Dokey continued her music for years.

In High School our connection, again mostly through the Scout Troop, was the strongest in the summer, when we walked a mile to the beach every day.  It was something kids could do in those late 1940-early 1950 years.  We always said we went to the beach the day that school was out for the summer and came home in time for School starting in the fall.  We wore our bathing suits under our Levis, carried our towels and baby oil (for getting a suntan) and I brought along my transistor radio, a new development those days.   Meanwhile, the scout troop still stayed together until the girls either went off to college or got jobs.

The picture above was taken at one of the Fall Scout Camps we had each year.  Dokey and I, still good friends, found the perfect place to be together and ponder the direction our lives would take from this point on.

I went off to college.  Dokey got a job with the Park and Recreation Department.  Later she joined the U. S. Army and played the saxophone in a military band for many years, retiring in middle age.. I eventually married, had four kids and led the kind of life that most young women had in the mid '50s.  My kids grew up knowing that Dokey was my best friend, but they never saw her.  They knew her by the pictures we exchanged.  The Scout troop also had periodic reunions up until there weren't many of us left.  The last time I saw Dokey was in 2003 - when she came to California from Arizona for our High School class's 50th reunion.  It was as if no time at all had passed.  We were still  best buds.

In thinking about this, I remember she was the one who introduced me to my first cigarette - at a summer Girl Scout overnight camp at a local park, of all places!.  When darkness came, we took a walk to a nearby drug store, and Dokey showed me how to puff on a cigarette; she had brought a pack from home.  When we returned to our group, we didn't think anybody would know we had been smoking.  Our leader told us many years later that we reeked of cigarette smoke, but she figured we all had to figure out for ourselves what we were going to do about smoking.  We had a very wise scout leader.

In 2007 Dokey passed away.  She had a lovely service and the three of us Scouts who were still alive were there to honor her. She had been a heavy smoker all her life and it took it's toll on her breathing.   She is buried in the Veteran's Cemetery in Sierra Vista, Arizona, close to her home. 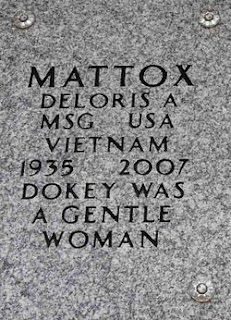 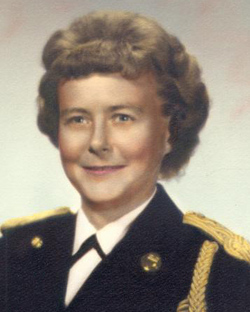 Posted by Bobby Dobbins Title at 2:35 PM No comments: